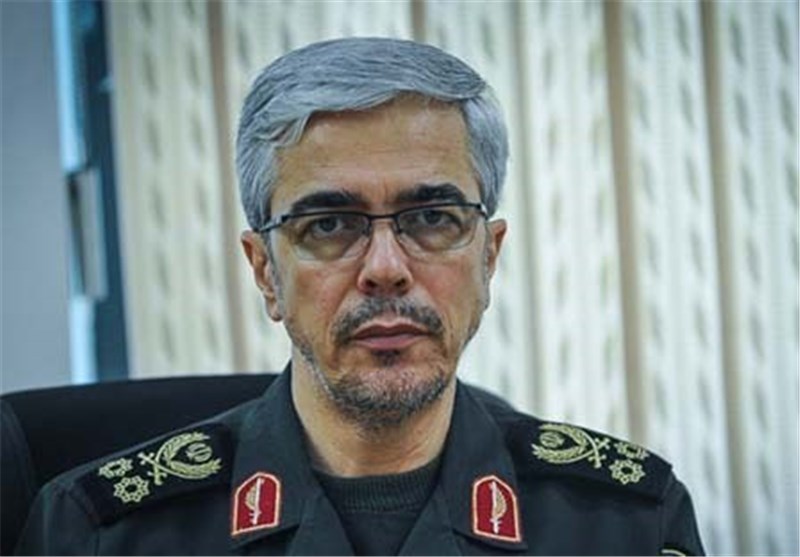 TEHRAN (Defapress)–In a message released on Tuesday, Major General Baqeri offered his congratulations on the National Army Day, due to be celebrated on Wednesday, and underlined the Iranian Armed Forces’ defense power and preparedness against military threats.

“The brave (forces of) Army and the Islamic Revolution Guards Corps (IRGC) as powerful arms and iron fists of the Iranian nation and the sacred Establishment of the Islamic Republic have (proven) the incalculability of their response to possible threats and acts of aggression by the enemies to be an undeniable fact…,” he said.

Major General Baqeri added that the forces would never allow the “smart resistance strategy” of the Iranian nation to be undermined by the “evil and adventurous thinking of the US and its Western-Arab allies”.

Troops from all units of the Iranian Army are slated to hold massive military parades across the country on Wednesday morning to mark the National Army Day.

Iranian Armed Forces have made great headways in enhancing the country’s defense power in recent years.

Iran maintains that its military might poses no threat to regional countries, saying that the Islamic Republic’s defense doctrine is entirely based on deterrence.