Senior MP: US Training 8,000 ISIL Terrorists in Syria against Iraq

A senior Iraqi legislator disclosed that the US is training 8,000 ISIL terrorists in Syria to conduct terrorist operations in Iraq.
News ID: 70910 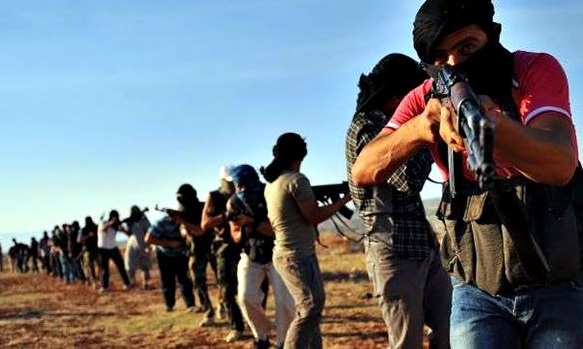 TEHRAN (Defapress)- Ferdows al-Awadi was quoted by Soumeriyeh news as saying that the US has plotted to bring ISIL back to Iraq and help it occupy certain parts in Northern and Western territories to wage a new war on the country.

The Iraqi MP added that Turkey which is one of the most important allies of the US has admitted that "it has proofs and documents showing the US support for the ISIL terrorist group", noting that "the US is training 8,000 ISIL terrorists in Northern Syria as a prelude to conduct terrorist acts in Iraq and Syria".

Al-Awadi said that based on reports, the US air force is imposing a safe zone for the ISIL at Iraq-Syria borders and is training them.

In relevant remarks in 2017, Deputy Chief of Staff of the Iranian Armed Forces Major General Mostafa Izadi announced that the country is in possession of evidence and documents proving Washington's direct support for the ISIL terrorist group.

"We are facing a proxy warfare in the region as a new trick by the arrogant powers against the Islamic Republic," Izadi said.

"As the Supreme Leader of the Islamic Revolution (Ayatollah Seyed Ali Khamenei) said, we possess documents and information showing the direct supports by the US imperialism for this highly disgusting stream (the ISIL) in the region which has destroyed the Islamic countries and created a wave of massacres and clashes," he added.