A lawsuit that accuses US President Donald Trump of violating the constitution by maintaining his interest in a hotel that does business with foreign governments has been allowed to proceed by a US judge.
News ID: 71400 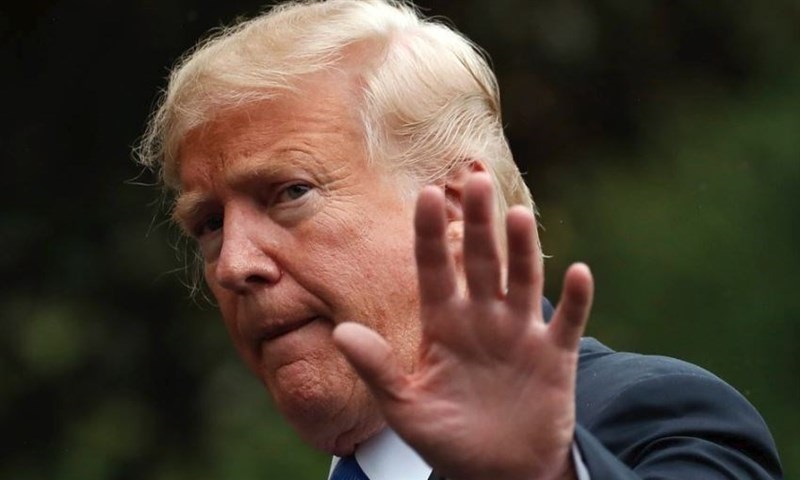 TEHRAN (Defapress) -It marked the first time a judge has interpreted anti-corruption clauses in the constitution known as emoluments clauses and applied them to a sitting president, news reports said.

US District Judge Robert Messitte in Maryland ruled Wednesday that the case -- which centers on money Trump makes from the Trump International Hotel in Washington -- can now move to the evidence-gathering stage.

If the ruling stands -- the Justice Department can appeal -- it would mean the plaintiffs will seek to examine Trump business records.

Trump has refused to disclose such information and in particular his income tax returns, in a break with the practice of previous presidents.

The clauses at stake bar a president from receiving financial benefits from foreign or domestic governments.

The plaintiffs in the case are the state of Maryland and the District of Columbia, as Washington is known.

They say Trump violates the clauses by profiting from the hotel, which is just down the street from the White House and popular with foreign and US state government delegations.

"Sole or substantial ownership of a business that receives hundreds of thousands or millions of dollars a year in revenue from one of its hotel properties where foreign and domestic governments are known to stay (often with the express purpose of cultivating the president's good graces) most definitely raises the potential for undue influence, and would be well within the contemplation of the clauses," Judge Messitte wrote.

The Justice Department had sought to have the case thrown out on grounds the clauses did not apply to the hotel.

It argued that the clauses were designed to prevent a president from taking bribes, not from engaging in business.

But the judge ruled that this was too narrow an interpretation of what an emolument is.