Two billion people are living in poverty while 753 million others experience extreme poverty and are struggling to survive, according to the Global Humanitarian Assistance Report 2018.
News ID: 71849 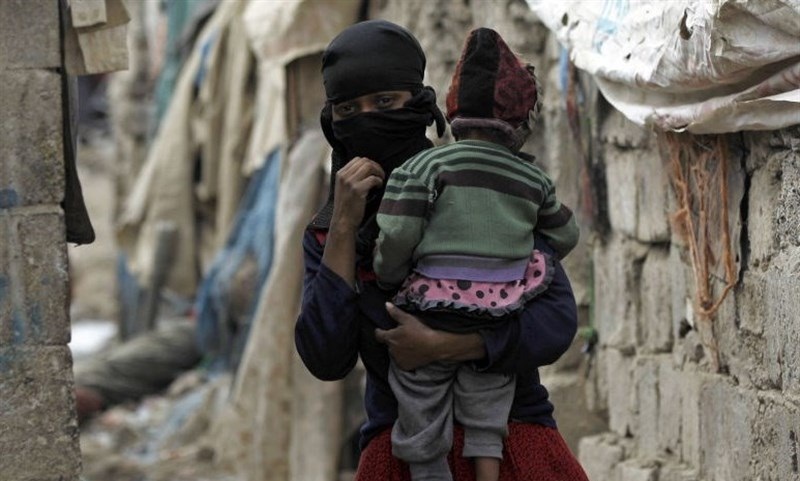 TEHRAN (Defapress)_The situation of helpless people suffering from famine, drought, clashes and natural disasters has come up as the World Humanitarian Day, marked each year on Aug. 19, approaches.

The World Humanitarian Day is held every year on Aug. 19 to support people getting affected by crises around the world.

According to the Global Humanitarian Assistance Report 2018, at least 201 million people in 134 countries were in need of humanitarian assistance to survive in 2017, Anadolu Agency reported.

Two billion people get less than $3.2 per day. Meanwhile, extremely poor people, whose figure was 753 million, have less than $1.9 daily.

The report also mentioned the figure of forcibly displaced people across the world increased by 2.9 million in 2017 compared to the figure of the previous year, as the total number reached 68.5 million.

The report said 60 percent of all the assistances went to 10 countries in 2017, 14 percent of which was sent to Syria, which was the largest recipient; Yemen received eight percent.

Syria was the largest humanitarian aid recipient for the fifth consecutive year.

Greece and Turkey were among the 10 largest recipients of humanitarian assistance for the first time because of irregular migrants.

Turkey has been the main route for irregular migrants trying to cross into Europe, especially since 2011 when the Syrian civil war began.

In 2017, Turkey was the largest humanitarian aid donor with $8.07 billion, the report said.

The US followed Turkey with $6.68 billion while Germany donated $2.99 billion.

In the standings made based on countries' gross national income, Turkey came first by 0.85 percent.

Turkey's closest followers were Norway and Luxembourg with a proportion of 0.17 percent each.

Turkey retained the 'most generous country' title by saving 0.85 percent of its national income for humanitarian aid in 2017.

The report emphasized that in 2017 Turkey was hosting 3.5 million Syrians, more than any other country.

Turkey is making efforts to give a helping hand to everyone in need of humanitarian aid, both within the country and worldwide.

The country was the only one which established camps in Iraq for those who were displaced.

With 61 offices in 59 countries, Turkish Cooperation and Coordination Agency (TIKA) is reaching out to oppressed regions worldwide with humanitarian assistance.

Separately, Turkey hosted The World Humanitarian Summit in Istanbul in May 2016 for the first time in history.

Turkey also supports the United Nations Relief and Works Agency for Palestine Refugees in the Near East (UNRWA).

In 2018, Turkey provided $5 million in February to this relief agency and also transferred an additional $10 million on May 31 so that this agency would overcome its financial bottleneck.