TEHRAN (defapress) – A South Korean delegation including oil buyers is expected to head to Iran next week to discuss details on resuming Iranian oil imports after a three-month halt, three sources with knowledge of the matter said.
News ID: 73578 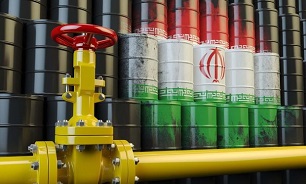 According to Reuters, South Korea is one of eight countries that received waivers from the United States to continue importing Iranian oil. The country can import up to 200,000 barrels per day of Iranian oil, mostly condensate, the sources said.

The North Asian country was the third-biggest buyer of Iranian oil and also the largest importer of condensate before it stopped imports in September ahead of US sanctions.

South Korean refiners and chemical firms had relied heavily on Iranian condensate for production of various petrochemical products thanks to a stable supply and price competitiveness.

But the US move has left them in trouble over how to diversify import sources of condensate, from which naphtha, a key raw material for petrochemicals, is derived.

"The domestic industry is trying to diversify import sources, but there is no clear alternative as Iranian condensate is the best in terms of price and supply," an industry source said on condition of anonymity.