TEHRAN (defapress) – Iran has submitted a letter to the UN Secretary General in condemnation of the provocative statement by US Secretary of State Mike Pompeo, in which "he openly threatened to starve Iranians."
News ID: 74049 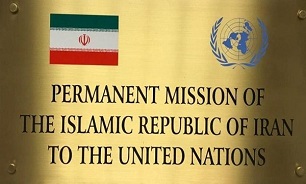 With respect to the provocative statement by the Secretary of State of the United States wherein he openly threatened to starve Iranians, Iran's permanent mission to the United Nations submitted a letter to the UN Secretary General and Security Council in condemnation of the remarks:

In a televised interview on 7 November 2018, the Secretary of State of the United States reiterated the United States extremist policy of maximum pressure as well as imposition of the most severe sanctions on Iranian people, adding that “the Iranian leadership has to make a decision that they want their people to eat."

That statement, accompanied by the persistent wrongful acts of the United States, is an explicit viable threat to use starvation as a means of economic warfare aimed at the collective punishment of a population, thus a gross violation of the basic principles of international law. Given that the illegal unilateral sanctions imposed by the United States adversely and seriously affect the access of the people to medicine, pharmaceutical products and a number of other needs that are vital for their life and well-being, such policies and acts constitute a crime against humanity that is among the most serious crimes of international concern.

That statement is further a clear indication that, in furthering its bullying policies, the United States knows no limits and recognizes no principles to the extent that, in addition to imposing its unlawful sanctions against the Islamic Republic of Iran, it punishes other nations as well.

Like the past 40 years, the Islamic Republic of Iran will not only survive against all United States animosities, unlawful measures as well as overt and covert plots and plans, but also advance its objectives without sacrificing its sovereignty.