Iran most capable in human rights

TEHRAN(defapress)– Iran is most capable in human rights; that's why the enemy targets the country there, said the secretary of Iran's High Council for Human Rights.
News ID: 74246 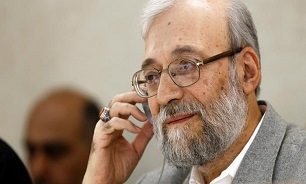 'The civil structure formed in Iran after the 1979 Islamic Revolution doesn’t exist in any of the regional countries,' said Mohammad-Javad Larijani in a human rights conference in Kerman, southeast Iran on Sunday evening.

Saying that Iran is not a dictatorship, Larijani said, 'The Islamic Establishment is based on the Guardianship of the Islamic Jurist (Vilayat-e Faqih) and elections; this is an advanced and rational model of democracy.'

Referring the double standard the West practices about human rights, he said, 'They spread terrorism in the region in the name of human rights. Today, Mojahedin-e Khalq Organization (MKO) is no different from Daesh (ISIS); human rights cannot grow with bombing exploding mosques and religious centers.'

The advisor to the chief of the judiciary on international affairs added, 'The enmity of the US and the West with Islam is deep-rooted; now that Iran is the heartland of the Islamic World, its defeat or victory is tantamount to the defeat or victory of Islam.'

'Iran is now the most advanced Islamic nation in science, technology and civil system,' said Larijani.