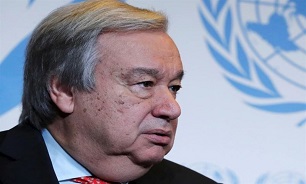 He will “hold meetings with the two delegations and will address the closing session of this round of consultations,” the UN said in a statement, according to AFP.

The talks aim to broker deals on major issues in the Saudi-led war on Yemen.

The war has triggered the world’s worst humanitarian crisis, with 14 million people facing imminent starvation and one child dead every 10 minutes from preventable causes.

While the talks do not aim for a mutual ceasefire, mediators are pushing for a de-escalation of violence in two flashpoint cities: Hudaydah, a port city vital to the delivery of humanitarian aid, and Taiz, Yemen’s third largest city, scene of some of the most intense fighting in the war.

Thousands of Yemenis have been killed since March 2015, when the Saudi-led coalition joined Hadi’s fight against the Houthis. Some estimates put the toll at as high as 50,000.