TEHRAN (defapress)- Yemen’s popular Ansarullah movement condemned Sudan for seeking to retain and even increase its troops in a Saudi Arabian-led coalition that has invaded the impoverished Arabian Peninsula country.
News ID: 74451 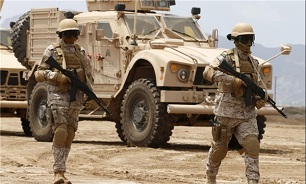 “The decision by Sudan’s administration to send more forces to Yemen indicates the Khartoum government’s opposition to the establishment of peace and security in Yemen,” Mohammad Ali al-Houthi, the chairman of the Supreme Revolutionary Committee of Yemen, said on Wednesday, Unews Agency reported.

Ansarullah formed the committee in 2015 to run Yemen’s administrative affairs after the former government resigned and its head, Abd Rabbuh Mansur Hadi, fled to Riyadh as he faced increasing popular discontent.

Saudi Arabia led a number of countries, including Sudan, into a war on Yemen shortly after Hadi’s flight to restore the former regime by force.

The Yemeni official said Sudan wanted to send reinforcements to Yemen while “its president, Omar al-Bashir, was being sought internationally on charges of terrorism and committing some crimes and atrocities in his country, and the Sudanese ruling establishment cannot defend him against the charges”.

Sudan’s Defense Minister Lt. Gen. Awad Mohammed bin Oaf had on Tuesday told a visiting Saudi military delegation in Khartoum that his country intended to keep up its cooperation with the Riyadh-led coalition and even enhance its contribution.

Thousands have died and Yemen has been pushed to the edge of an all-out famine as a result of the war.

On Thursday, the Houthis and the representatives of the former Yemeni government agreed during UN-brokered talks in Sweden to a truce in Yemen’s western province of Hudaydah.

Sudan’s announcement came on the same day as the ceasefire took force.

Also on Wednesday, the UN will convene the parties to Yemen’s conflict by video link to discuss the redeployment of all forces from Hudaydah’s provincial capital of the same name, and three other ports, under the deal.

It will be the first meeting of a Redeployment Coordination Committee that oversees the ceasefire and the withdrawal of forces, according to UN Spokesman Stephane Dujarric.

“It will include military/security representatives from the two sides,” he explained.

The two sides have agreed to meet again in late January for more talks to define the framework for negotiations on a “peace settlement”.