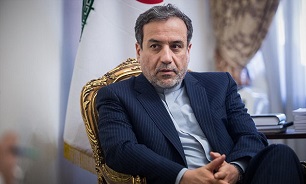 During the meeting, Araghchi welcomed Europe’s stance toward JCPOA, however saying that merely, adopting a political stance to support the deal is not enough and Europe should take a practical approach toward the historical pact.

The senior Iranian diplomat added that the JCPOA is an important security agreement towards which the whole members of the global society have a duty to preserve it.

Kozjacski, for his part, said Europe is committed to preserving JCPOA and will try to find the best ways to protect the Islamic Republic’s economic interests guaranteed by the deal.

Referring to the longstanding friendly ties between the two nations, the Romanian ambassador said his government will make every effort, during chairmanship at European Union, to help pave the way for the expansion of Iran-Europe ties.

Romania will chair the European Union during the first half of 2019.