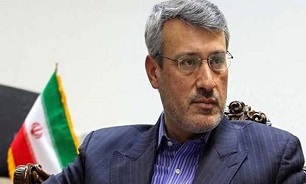 Baeedinejad's remarks came after the New York Times wrote on Friday that child soldiers from Sudan's Darfur have reportedly been fighting on behalf of Saudi Arabia and its allies in the frontline of the deadly war on Yemen, with money being their only motive.

"The New York Times report has created a great outrage among researchers and media at the US and Europe’s silence over the Saudi coalition measure to employ insurgent Darfur mercenaries who have [previously] violated human rights, and especially over the deployment of children in the Yemeni war," Baeedinejad wrote on his Twitter account on Sunday.

He underlined that the silence of foreign-based Persian-language media over the issue is strange since they claim to be concerned about the regional impacts of the war.

The New York Times reported that the Saudis have used their vast oil wealth to outsource the war, mainly by hiring survivors of the Darfur conflict to operate in Yemen, many of them children.

Citing several Sudanese mercenaries and lawmakers, the report said that as many as 14,000 Sudanese militants have been fighting in Yemen alongside Saudi-backed forces while at least hundreds of them have been killed so far.

Almost all the Sudanese come from Darfur and most of them belong to the Rapid Support Forces, a tribal militia blamed for war crimes during the Darfur conflict, the report added.