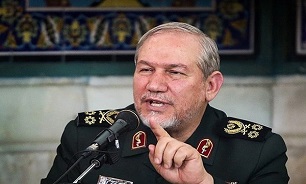 He said the country’s politicians and diplomats need to make use of Iran’s victories against the United States and its allies in Syria and Iraq.

Safavi maintained that today, the US is faced with two main challanges; “one is the Russian Federation which is considered a military threat to the US with its highly advanced weapons arsenal, and the other challenge is China which will become the world’s largest economy by 2030.”

He added that the Americans, instead of addressing these two challenges, are planning to attack other countries such as Afghanistan.

“We have come out victorious in confrontation with the US and its allies in Syria and Iraq,” he said, stressing that Iran’s foreign policy needs to put these victories into good use in the international arena.

“We are the strongest power in the region, and the US needs to acknowledge this power,” Safavi stressed, adding “the US power is dwindling, while China’s power is on the rise.”