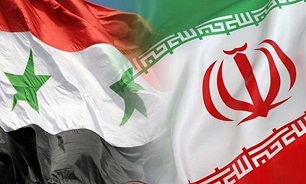 "We consider the agreement (signed late December) as the mother of all agreements because it will be a basis for all partnerships and implementation of Memoranda of Understanding (MoUs) earlier inked by the two countries," Ahmad told the Arabic-language al-Ahd news website on Sunday.

She added that the agreement indicates the two countries' willingness to continue development via international economic relations based on mutual interests, noting that a committee is also entrusted with monitoring and guaranteeing implementation of the agreement which includes cooperation in different trade, investment, customs and banking sectors.

"Banking cooperation serves the interests of both countries which are under harsh sanctions. Syria has always announced that it prioritizes friendly states, specially the Islamic Republic of Iran, for reconstruction of the country," Ahmad said.

He made the announcement at a meeting of Iranian business people with the Syrian Minister of Economy and Foreign Trade Mohammad Samer al-Khalil held at Iran’s Chamber of Commerce at the time.

The Iranian minister said that with the implementation of a strategic economic agreement between Iran and Syria, the condition would be ripe for sustainable development of economic and trade relations between the two sides.

He further underscored the participation of the Iranian private sector in Syria’s reconstruction process, referring to plans for taking different measures this time through joint investments.