TEHRAN (defapress) – The United Nations Security Council voted unanimously to deploy a team of up to 75 UN observers to the city of Hudaydah in Yemen for six months.
News ID: 75026 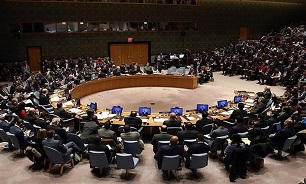 The UN team will monitor a cease-fire and the redeployment away from Hudaydah by both government and Houthi forces, as mandated by an agreement reached in Sweden last month.

The deployment in the Red Sea port city, where the majority of Yemen’s humanitarian aid enters, had been requested by UN Secretary-General António Guterres, according to the Wall Street Journal on Wednesday.

While violations have been reported, UN officials say the cease-fire has significantly lessened fighting in Yemen, where a Saudi-led coalition has engaged in a bombing campaign that has drawn wide condemnation. Had fighting continued, food to half of Yemen’s population on the brink of famine could have been interrupted.

The Security Council, which approves UN monitoring missions in conflict areas, has put its weight behind the cease-fire agreement in two resolutions.

The UK ambassador to the UN, Karen Pierce, told reporters on Wednesday that Yemen would be an important issue for 2019, “but hopefully with the deployment of the substantive mission, we can start to make progress on the ground."

UN Special Envoy Martin Griffiths told the Council in a briefing last week that the two sides aren’t yet ready for the next round of talks. As a measure of good faith, a prisoner exchange is also part of the Stockholm agreement.