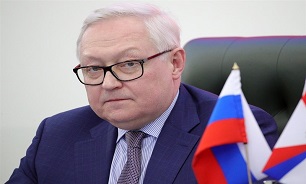 Russian Deputy Foreign Minister Sergey Ryabkov said at the meeting that the level of potential conflict in the world has reached a dangerous point.

"The situation in the sphere of international security has not stabilized and even continued to deteriorate. The level of conflict potential has reached a very dangerous point," Ryabkov said, Sputnik reported.

According to Ryabkov, Russia is witnessing a decline in strategic stability in the world against the background of some states' attempts to shatter the architecture of non-proliferation regimes and arms control.

"Some countries are making dangerous changes to their doctrines, including those leading to lowering the threshold for using nuclear weapons," the deputy foreign minister stressed.

Moreover, a "nuclear five" refused to adopt a final joint statement at a meeting in Beijing, Sergey Ryabkov said.

"It cannot but cause concern that all these events are taking place against the background of a deepening deficit of mutual trust between the members of the 'nuclear five,' which is an unprecedented challenge for this format. The situation is so serious that this time we even had to refuse to adopt the final statement," Ryabkov said at a meeting of the five nuclear powers in Beijing.

"That is why the issue submitted by Russia regarding the role and the place of the 'nuclear five' both in the context of strengthening the NPT and in a broader perspective, becomes particularly relevant," Ryabkov added.

Later on the sidelines of the meeting Sergey Ryabkov told reporters that he will hold a separate meeting with US Deputy State Secretary Andrea Thompson on Thursday.

The United States has repeatedly accused Moscow of INF treaty violations. In particular, US officials have voiced concern over Russia's 9M729 missile, which, according to Washington, violates the provisions of the nuclear treaty. Washington has promised to withdraw from the treaty unless Russia returns to compliance with it.

Russia has refuted allegations of being in breach of the agreement and complained that launchers on US defense systems in Europe are capable of firing cruise missiles at ranges banned by the INF accord.

Last week, the Russian permanent mission to NATO highlighted the risks to the European security posed by the potential collapse of the INF Treaty while stressing its commitment to preserve the crucial bilateral agreement with the United States.

According to Ryabkov, Moscow will continue efforts to preserve the agreement even after the announced suspension of US participation on 2 February.

Similarly, Kremlin Spokesman Dmitry Peskov said last week that Moscow will continue to defend its position on the INF treaty, adding that another proof that Washington was not ready for talks was the fact that the military attaches from the United States and its NATO allies had ignored the recent briefing on the disputed 9M729 missile organized by the Russian Defense Ministry.

The INF Treaty was signed in 1987 by then leader of the Soviet Union Mikhail Gorbachev and then US President Ronald Reagan. The leaders agreed to destroy all cruise or ground-launched ballistic missiles with ranges between 500 and 5,500 kilometers (310 and 3,400 miles).