Transfer of oil revenues via INSTEX ‘off the table 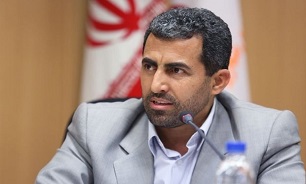 Mohammadreza Pourebrahimi, Chairman of Parliament’s Economic Committee, told Mehr News correspondent on Tuesday that certain reports on the EU’s recently trade mechanism for Iran (INSTEX) have raised Iran’s concerns about the possibility of the mechanism coming into effect.

He went on to add, “Europe had promised to help Iran with its oil revenues via the SPV, but the issue has been pushed off the table in their recently introduced INSTEX mechanism.”

France, Germany and the United Kingdom on Thursday issued a joint statement on the creation of INSTEX (Instrument for Supporting Trade Exchanges), a Special Purpose Vehicle aimed at facilitating legitimate trade between European economic operators and Iran, in a bid to bypass the US sanctions and convince Iran to remain in the nuclear deal following the US unilateral withdrawal from the agreement.

According to the statement, the mechanism will focus initially on the sectors most essential to the Iranian population – such as pharmaceutical, medical devices and agri-food goods, and will later expand to be open to economic operators from third countries who wish to trade with Iran.

“Placing limits on the transfer of Iran’s oil revenues on the one hand, and the Europeans’ conditions regarding the FATF-related bills on the other, have made INSTEX completely unacceptable to us,” he maintained.

“We believe that EU’s commitment should be implemented outside the FATF considerations, otherwise Iran should make a decision,” he stressed.

“Europeans need to redesign the INSTEX. Their current approach does not benefit us,” he added.