TEHRAN (defapress) - Yemeni army and Houthi Ansarullah forces released a new video showing their sniper operations against the Saudi-led coalition during the past month.
News ID: 75504 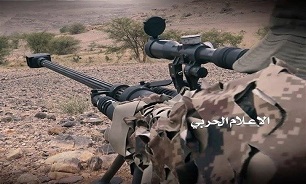 The Houthi snipers can be seen in the video hitting several targets throughout Yemen and southern regions of Saudi Arabia.

More than 60,000 people have been killed in the war on Yemen since January 2016, the Armed Conflict Location & Event Data Project (ACLED) research group said, with nearly half of those killings happening this year alone.