American General Says US Not 'Winning' in Syria

TEHRAN (defapress)- The US general in charge of special operations forces has cautioned against talk of "winning" against the Daesh (ISIS/ISIL) terrorist group in Syria, contradicting President Donald Trump’s claim that the group had been defeated.
News ID: 75648 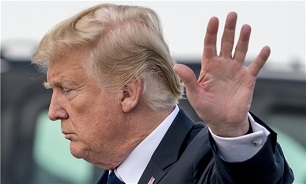 General Raymond Thomas, who heads US Special Operations Command, made the comments Thursday during a US Senate hearing after lawmakers asked him what winning in Syria would look like, presstv reported.

"I'd be hesitant to use the term winning, as opposed to the objective," Thomas told the Senate’s Armed Services Committee.

That "objective is to reduce the threat in that area and to be able to maintain persistent capabilities so that an external threat cannot emanate from that in the future", he added.

Republican Senator Josh Hawley asked Thomas if he was satisfied the US was at that point.

"I do not think we're there yet," Thomas said, adding that "this has been one of the most complex challenges that our force has dealt with in quite a while".

Trump declared victory over Daesh in December, saying the US had "beaten them badly" and "won". He also announced he would withdraw the 2,000 or so American troops --- most of them special forces commandos --- from Syria.

Since Trump's announcement, US officials have rejected the idea of a clear victory over Daesh, stressing the group will remain indefinitely as an insurgency after they have lost control of the area they once claimed.

Trump apparently gave in to pressure to slow down the troops pullout, granting the US military up to four months to withdraw.

Foreign-backed militants and Takfiri terrorists started a campaign of bloodshed and destruction against Syria in 2011.

The US deployed troops and equipment to Syria in 2014 as part of a Washington-led coalition purportedly fighting Daesh without authorization from the Damascus government.

The terror group is widely reported to be financed by Saudi Arabia and partially trained and protected by American forces in Syria to support the terror campaign against the Syrian government and ordinary citizens.

Iran and Russia, on the other hand, have been respectively lending military advisory support and aerial backup to the Syrian military in its battle against those groups.