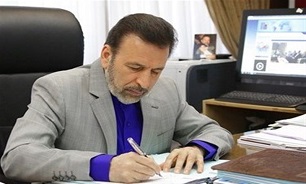 In a post on his Twitter account on Wednesday, Mahmoud Vaezi said he is delighted to announce that Zarif will keep serving as the foreign minister.

Despite the jubilation of Iran’s archenemies, the administration will continue to benefit from the “influential and lively” presence of Zarif in the cabinet of ministers after President Rouhani rejected his resignation, Vaezi added.

In a letter on Wednesday morning, Rouhani turned down Zarif’s resignation, saying that accepting it would be against the country’s interests.

“Many thanks for the generosity of the dear and brave people of Iran and its authorities over the past 67 months. I sincerely apologize for the inability to continue serving and for all the shortcomings during my service. Be happy and worthy,” Zarif wrote on his Instagram page.