TEHRAN (defapress) – The Saudi army forces, in yet another move to target Yemeni civilians, fired missiles on the residential areas of the Arabian Peninsula country, local reports said on Friday.
News ID: 75917 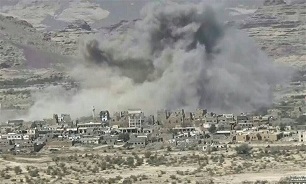 Meantime, the chairman of Yemen’s Supreme Revolutionary Committee, Mohammed Ali al-Houthi, said on Thursday night that the Saudi and Emirati aggressors and their mercenaries, who are opposed to peace and the end of war, have taken a policy to starve the Yemeni nation, the report said.

Earlier in December, the United Nations brokered a truce deal between the warring sides as part of confidence-building measures at peace talks in Sweden to avert a full-scale assault on Yemen’s port city of Hudaydah that is vital for urgent aid supplies for millions facing starvation.

Yemen’s defenseless people have been under massive attacks by a coalition led by the Saudi regime for nearly four years but Riyadh has reached none of its objectives in Yemen so far.