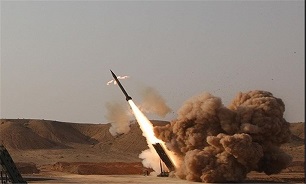 The Arab country’s artillery unit also pounded the gathering centers of Saudi-backed militants in the crossing, killing and injuring scores of them.

Meanwhile, tens of mercenaries were killed and others injured when the army forces foiled two infiltration attempts toward the army's sites in Raboua, the source further said.

Yemeni forces regularly fire ballistic missiles at positions inside Saudi Arabia in retaliation for the Saudi-led war on Yemen.

Since March 2015, Saudi Arabia and some of its Arab allies have been carrying out attacks against the Houthi Ansarullah movement in an attempt to restore power to fugitive former president Abd Rabbuh Mansour Hadi, a close ally of Riyadh.

Thousands of Yemenis, including thousands of women and children, have lost their lives in the deadly military campaign.