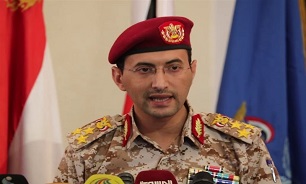 “We have intelligence asserting that the enemy is preparing for an escalation in Hudaydah and we are following their movements closely,” Saree said recently, Saba news agency reported.

He added that the army is building its ballistic capabilities and its forces stood ready to strike Riyadh and Abu Dhabi if the implementation of the UN deal in Hudaydah was breached.

“Our forces stand ready for any requested and adequate measure,” Col. Saree, said.

Sarea said the nature of the conflict had made ballistic missiles and drones a “strategic choice” and the only response to the Saudi-led coalition airstrikes.

The two sides have agreed on a cease-fire and troop withdrawal in Hudaydah, an exchange of prisoners, and the reopening of humanitarian corridors to help millions of starving Yemenis, with international monitors to oversee things.

The cease-fire in Hudaydah has largely held but violence has escalated elsewhere.

Last week, Saudi-led airstrikes on a village in the northern Hajjah province killed 10 women and 12 children and wounded 30 people.