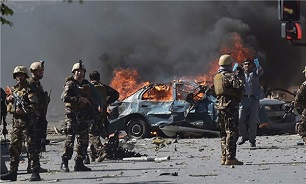 Nowruz and its culture are a "unifying factor" in the region among the nations, Qassemi said on Friday, adding, the attack shows that ISIL is opposed to unifying elements in the region.

The "inhumane" terrorist explosions in Kabul showed that the ISIL has targeted these unifying elements in the region, he added, emphasizing, "We are confident that it (the ISIL) will not achieve its ominous goals to create division among regional countries."

The Iranian spokesman expressed sympathy with the Afghan government and nation as well as the bereaved.

At least six people were killed and 23 others wounded in the explosions, which reportedly rocked the vicinity of Kabul University and the Kart-e Sakhi shrine on Thursday.

The ISIL claimed responsibility for the attack through its news agency AMAQ, which provided no evidence of the claim.

Last year on the occasion of Nowruz, a bomb attack carried out by the ISIL killed 33 people celebrating near the shrine.

The recent explosions came less than two weeks after the United States and the Taliban said they had made “meaningful progress” in talks that exclude the Afghan government.