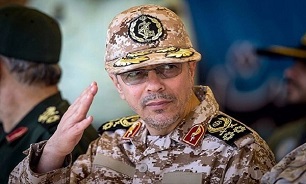 For his part, First Vice President Es’hagh Jahangiri vowed on Sunday that the government will stand by flood-stricken people in Mazandaran province for compensating the damages.

The government will use all its power in line with settling problems facing flood-hit people in this northern province of the country, Jahangiri reiterated.

He went on to say that the government will adopt strict decisions in the first meeting of the Board of Ministers in the new year (started March 21, 2019) for launching more aids to the flood-stricken areas.

Preventive plans should be outlined for minimizing the damages of natural disasters, he said, adding, “northern provinces of the country should be prioritized in these plans.”

Golestan and Mazandaran provinces in northern country have been affected by heavy rains for the past few days. Flood forced people in many areas to flee and Aqqala and Gomishan cities in Golestan province were evacuated in order to prevent human losses.

Iranian Parliament Speaker Ali Larijani during his trip to Mazandaran province called for aiding the people in the flood-hit regions and preparing the grounds for reconstruction of the infrastructure in these areas.