US Congress Votes to Withdraw Washington Support from Saudi-Led War in Yemen, Trump Likely to Veto

TEHRAN (defapress)- The US House of Representatives voted in favor of ending Washington involvement in the war in Yemen, but the bill is expected to be vetoed by President Donald Trump as the White House cites “serious constitutional concerns”.
News ID: 76618 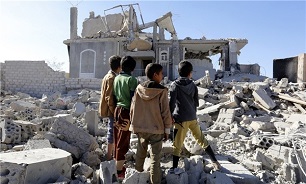 The House voted 247-175 in favor of the resolution to direct Trump to end US military involvement in the war within 30 days and to end support for the Saudi-led coalition that it has been backing, Middle East News reported.

Sixteen Republicans joined the majority Democrats in backing the rare use of the War Powers Act, which limits the American president’s ability to send troops into action. As the resolution had already passed the Senate, the vote in the Democratic-led House sends the measure to Trump.

Congress is “no longer going to ignore its constitutional obligations when it comes to foreign policy”, said Democratic Rep. Eliot Engel, who chairs the House Foreign Affairs Committee, adding that the war in Yemen, now in its fifth year, “demands moral leadership".

The vote marks the first time both chambers of congress have invoked the 1973 War Powers Resolution in an attempt to stop a foreign conflict.

"Today we took a clear stand against war and famine and for Congress's war powers by voting to end our complicity in the war in Yemen," Senator Bernie Sanders, a lead author of the resolution and a 2020 US presidential candidate, stated after the House vote.

Backers of the resolution argued that US involvement in Yemen violated the constitutional requirement that Congress, not the president, should determine when the country goes to war.

Trump has promised to veto the measure, which would be the second veto of his presidency. Neither the votes in the House or Senate, where Republicans have a slim majority, would be enough to override a veto. His first was on a resolution to overturn his declaration of a "national emergency" at the Southern border.

The move to end US involvement in the conflict gained momentum in recent months as the killing of journalist Jamal Khashoggi at the Saudi consulate in Istanbul last October shone a spotlight on Riyadh's human rights abuses. The CIA has implicated Saudi Crown Prince Mohammad bin Salman in Khashoggi’s death, but Trump admitted in the aftermath of the killing that the US response could not be too harsh as he did not want to lose the “massive amounts of money” of from US-Saudi weapons deals. But opposition to Riyadh grew among lawmakers from both parties in congress, who criticized Trump for not taking a tougher line against the Saudi kingdom.

Sav the Children, a charity, has reported that more than 84,700 children under the age of five may have starved to death in Yemen since the Saudi regime and a coalition of its allies launched the brutal war on the already-impoverished nation.