TEHRAN (defapress)- The Swiss Foreign Ministry announced that it has sent two water purifiers with the capacity of purifying water for 5,000 people to Iranian flood-stricken people.
News ID: 76623 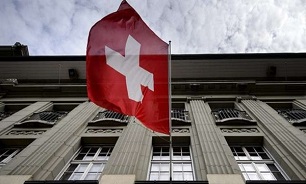 "The water purifiers weighing one ton will arrive in Iran on Saturday night and will be delivered to the Iranian Red Crescent Society," Swiss Foreign Ministry office for development and cooperation said.

Iranian Ambassador to Bern Mohammad Reza Haji Karim Jabbari has received the equipment and the related documents from Swiss Foreign Ministry on Friday.

Several foreign dignitaries, including Head of the Catholic Church and Sovereign of the Vatican City State Pope Francis as well as ambassadors of the UK, Norway, Austria and the UN Information Center (UNIC) in separate messages have already expressed their condolences over the deadly incident.

According to the forensics officials, the recent floods across Iran have left 62 people dead so far.

The Gate of Quran has been built on a dry river bed and ten minutes after the start of sudden torrential rains at around 11:00 am local time on March 25 more than 50 cars were washed away to the down of the slope into the city. Hitting trees and other streets signs and curbs the overrun cars piled up one another a kilometer down from the city gate.

Governor General of Fars Province Enayatollah Rahimi said that the sudden flash flood happened in less than 10 minutes with the flow of water from Allah-o-Akbar gorge converging into the main road and affecting the moving vehicles.

The Director General of the provincial office of Iran Meteorological Organization in Shiraz Masoud Dehmalayee said that in parts of the city precipitation rates overpassed 107 percent on March 25.

The public relations department of the regional water organization of Fars Province also said that all dams in Fars were sitting pretty with 1.5 billion cubic meter unfilled capacity “which is perfectly capable of containing any flood water”.

In the Southwestern province of Khuzestan flash floods cut off many roads including Andika road connecting Andika to Shahr-e-Kurd, the capital city of the neighboring province of Chaharmahal and Bakhtiari.