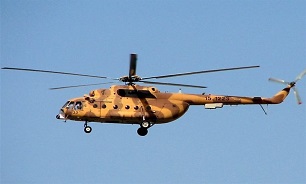 In remarks released on Saturday, Brigadier General Abbas Khani Arani said the choppers of the IRGC Ground Force Airborne Unit have been deployed to various provinces across the country to rescue flood-hit people.

“We deployed 6 helicopters to 4 flood-stricken provinces, conducting 105 sorties, during which 557 people were rescued,” he said.

The senior commander went on to say that the choppers completed over 76 hours of flights during their rescue and relief  missions.

Amid unprecedented torrential rains in northern, western and southwestern Iran, the military forces have mobilized efforts to help people trapped in the flood-affected areas and evacuate residents in the regions with an emergency situation.