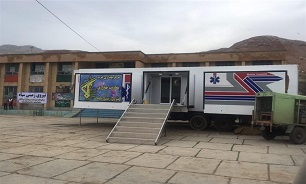 Commander of the IRGC Ground Force’s Medical Unit General Ahmad Akhavan said a number of military surgical teams have been dispatched to villages in Lorestan Province affected by serious flooding.

He added that 17 other tactical surgical teams are geared up for deployment to the flood-stricken areas.

The death toll in the disaster is now reported to be at least 70.