Russia Threat to No One in Arctic, Only Seeks to Ensure Security

TEHRAN(defapress) – Russia threatens no one in the Arctic because its activities in the region are only aimed at ensuring national security, Russian Foreign Minister Sergey Lavrov said, addressing the International Arctic Forum dubbed the ‘Arctic: Territory of Dialogue’ on Tuesday.
News ID: 76712 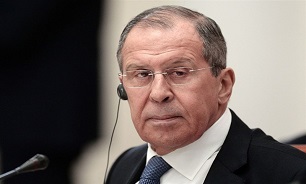 "We don’t do anything but take necessary measures to ensure our country’s security. This is the only goal of all our activities in the Arctic region, as well as in any other Russian region. We don’t threaten anyone," the Russian top diplomat emphasized.

"We only seek to ensure our defense capabilities, taking into account the military and political situation along our borders. Rest assured, we are always ready to stand up for our security, national interests and territorial integrity," Lavrov added, Tass reported.

According to him, statements claiming that Russia allegedly seeks to militarize the region are not true. "Our stance is quite the opposite. We don’t see a single issue here that requires a military solution, neither do we see a single issue that requires NATO’s attention, while such ideas are voiced every once in a while, but I don’t think they are helpful because the Arctic Council - as has already been said - is a group of countries that succeeded in developing a culture of compromise, which is a rare thing nowadays. We will continue to protect it," Lavrov stressed.

The International Arctic Forum 2019, organized by the Roscongress Foundation, is taking place in Russia’s St. Petersburg on April 9-10. This year, the event’s main theme is ‘The Arctic. An Ocean of Opportunities’.