US to Announce End to Iran Sanctions Waivers

TEHRAN (defapress) – The United States is expected to announce on Monday that all buyers of Iranian oil will have to end their imports shortly or face sanctions, a source familiar with the situation said.
News ID: 76965 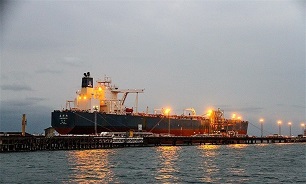 The source confirmed a report by a Washington Post columnist that the administration will terminate the sanctions waivers it granted to some importers of Iranian oil late last year, Reuters reported.

In November, the US imposed new sanctions on exports of Iranian oil after President Donald Trump unilaterally pulled out of the 2015 nuclear deal between Tehran and world powers.

Washington, however, granted Iran’s eight main buyers of oil waivers to the sanctions that allowed them limited purchases for six months.

But on Monday, Secretary of State Mike Pompeo will announce “that, as of May 2, the State Department will no longer grant sanctions waivers to any country that is currently importing Iranian crude or condensate,” the Post’s columnist Josh Rogin said in his report, citing two State Department officials that he did not name.

On April 17, Frank Fannon, US Assistant Secretary of State for Energy Resources, repeated the administration’s position that “our goal is to get to zero Iranian exports as quickly as possible.”

An end to the exemptions would hit Asian buyers the hardest. Iran’s biggest oil customers are China and India, who have both been lobbying for extensions to sanction waivers.

South Korea, a close US ally, is a major buyer of Iranian condensate, an ultra-light form of crude oil which its refining industry relies on to produce petrochemicals.