TEHRAN (defapress) – At least three people were killed after Saudi-led warplanes carried out airstrikes against an area in Yemen’s southwestern province of Dhale.
News ID: 77353 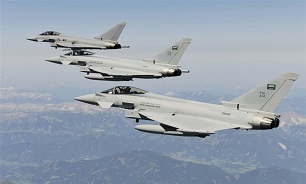 According to Saba news agency, 13 others sustained injuries when Saudi fighter jets conducted aerial assaults against Qatabah district on Saturday.