TEHRAN (defapress) – Iran’s Foreign Ministry expressed concern over a Sunday incident in which a number of trade vessels were attacked in the Sea of Oman, warning of foreign seditious plots to upset the region’s security and stability.
News ID: 77370 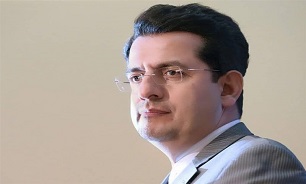 In a statement on Monday morning, Foreign Ministry Spokesman Abbas Mousavi described as “concerning and regrettable” the Sunday incident involving a number of ships at the Oman Sea, and called for efforts to shed light on what exactly caused the incident.

Deploring the negative impacts of the incident on the security of shipping industry and maritime transit in the region, the Iranian spokesman warned about plots hatched by ill-wishers aimed at upsetting regional stability and security.

Mousavi also urged the regional countries to be vigilant in the face of any act of adventurism by outsiders.

The United Arab Emirates (UAE) confirmed on Sunday, after initial denial, that four commercial ships off its eastern coast “were subjected to sabotage operations.”

The UAE said there were no victims, but fell short of giving any details on possible damage to commercial vessels and their flags.

According to a statement, the incident occurred near the Emirati port of Fujairah.

Earlier in the day, the Lebanon-based Al Mayadeen TV reported that as many as seven tankers had been hit by a massive fire at the al-Fujairah oil tanker terminal.

The report stated that several powerful explosions were also heard at the port.