US naval vessels, under full control of IRGC, Army 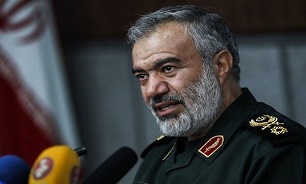 Over the years, Persian Gulf has been surrounded by IRGC and Army forces of the country, he said, adding, “everything is under our strict control in the northern part of Strait of Hormuz in particular.”

Speaking in a local ceremony late on Wednesday, he pointed to some threats waged by US government against the noble nation of Islamic Iran and said, “obviously, US government has tried to tarnish real image of Islamic Iran since the glorious victory of the Islamic Revolution over the past forty years.”