TEHRAN (defapress) – On his arrival to Russia on Tuesday, the Secretary of Iran's Supreme National Security Council Ali Shamkhani said that "we are now faced and dealing with a global phenomenon named ‘Trumpism’ which relies on a personal taste and definition of security."
News ID: 77807 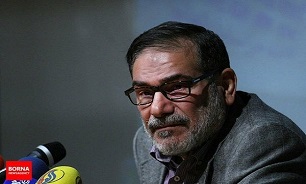 “'Trumpism' is a phenomenon which reflects mostly a personal taste and security,” he said on his arrival in the Russian city of Ufa this morning to attend the 10th International Meeting of High Representatives for Security Issues.

Naming the meeting a significant event, he added that it is a platform to exchange views about a trend which is neither unilateralistic or multi-lateralistic nor world-oriented.

The three-day conference will start in Ufa today, where high-ranking security officials of different countries will discuss ways of ensuring national security and sustainable economic and social development against the background of growing hybrid warfare threats.

International cooperation on the humanitarian response will prevail on the agenda of the second day of the meeting, while on Thursday a roundtable discussion on the fight against extremist ideologies will take place.

A roundtable on the system of international information security as a guarantor for strategic stability and fair partnership will also be held on the last day of the Ufa conference as well as a series of bilateral meetings.

Shamkhani will also hold separate talks with his counterparts from different countries to discuss security threats.

He had also attended the last year’s edition of the conference in Sochi where, according to Russian media, representatives from 118 countries had participated.