Instead of Spreading Lies, US Should Wait for Results of Boeing Disaster Probe

US Killing of Iranian Gen. Soleimani "Real Case of Terrorism 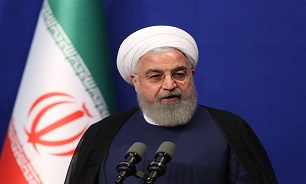 The president ordered Interior Minister Abdolreza Rahmani Fazli on Sunday to make arrangements with the Iranian Police for a plan to eliminate the need for entry and exit stamps in the passport of foreign tourists.

The Iranian administration has been working on plans for more than a year to facilitate travels to Iran and encourage foreign tourists to visit the country without concerns about the US regulations which restrict visa-free entry to the US for travelers to Iran.

Many foreign tourists worried that an Iranian visa or airport stamp in their passport may cause problems for future travel to countries other than the US.

Iranian officials say nationals of 190 countries can obtain a visa to visit the country on arrival at the airport, valid for 30 days, and with the possibility of another 15-day extension.

Last year, tourism authorities had announced that Iran would no longer stamp passports of tourists visiting the country in near future.

The foreigners visiting Iran will reportedly need to obtain a copy of their authorization number confirming that they have gotten a visa. The entry and exit stamps would be marked on that document instead of the passports.