Johnson Declines to Back UK Envoy to Washington over Trump Row

TEHRAN (defapress) - Boris Johnson declined to say whether he would keep the country's ambassador to Washington in his job after the envoy was criticized publicly by US President Donald Trump.
News ID: 78030 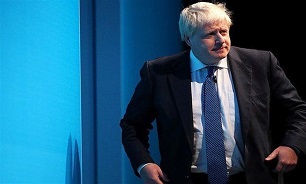 Outgoing Prime Minister Theresa May has given her full support to Washington envoy Kim Darroch after he described Trump's administration as "dysfunctional" and "inept" in memos that were leaked to a British newspaper on Sunday, Reuters reported.

Asked if he would keep Darroch in his job if he becomes prime minister, Johnson said, "I'm not going to be so presumptuous as to think I'm going to be in a position (to do that)."

He then said Trump had been dragged into a British political row. "I don't think it was necessarily the right thing for him to do," he said in an ITV television debate.