Lavrov to discuss Iran, Syria with German counterpart on July 18

TEHRAN (defapress) – Russian Foreign Minister Sergey Lavrov will discuss the developments around Iran and Syria, as well as the current situation in Ukraine with his German counterpart Heiko Maas during his working visit to German Bonn on July 18.
News ID: 78048 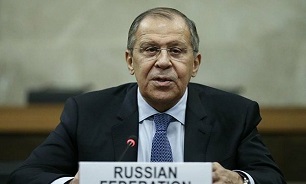 On July 18, the Russian Foreign Minister will be in Germany with a working visit. During the visit, it is planned to hold talks between the head of the Russian diplomacy and the German Federal Minister for Foreign Affairs, TASS reported.

The key attention will be paid to discussing the burning international issues with emphasis put on the situation in Ukraine, developments around Iran, settlement of the conflicts in Syria and Libya, and in the sphere of arms control and non-proliferation of weapons of mass destruction.

The ministers are scheduled to take part in the opening ceremony of the eighteenth session of the Russian-German Public Forum, known as the Petersburg Dialogue.

In the framework of this event, the heads of the diplomatic agencies will deliver reports on the topic of "Cooperation as the key for peaceful Europe. Contribution of Russian and German civil societies.