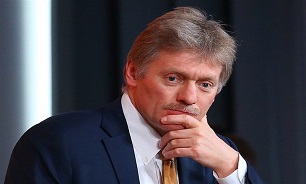 Peskov added that the phone call had lasted "about 20 minutes."

The first conversation between Putin and Zelensky is important in itself, according to the Kremlin spokesman.

"It is hardly necessary to discuss tones and emotions, this is not what the conversation was for," he said when asked if Putin was satisfied with his phone call with Zelensky. "The first conversation between the Russian and Ukrainian presidents is very important in itself," Peskov pointed out, TASS news agency reported.

When asked if there were plans to arrange another telephone conversation between the two presidents, Peskov said that "there is no clear understanding at the moment."

When asked if Putin and Zelensky had discussed the possibility of releasing Ukrainian sailors arrested in Russia and Russian journalist Kirill Vyshinsky charged with high treason and arms trafficking in Ukraine, the Kremlin spokesman said the two presidents had agreed that "the work will continue at the expert level."

Peskov added that Putin and Zelensky had touched upon "the future of the Normandy talks."

The Russian and Ukrainian presidents held their first telephone conversation on Thursday. The call was initiated by Kiev. According to Zelensky’s team, the phone call marks "the first step towards resuming the Normandy talks."