TEHRAN (defapress)- Sergei Chemezov, the head of the state corporation Rostec, stated on Thursday that Moscow may strike a deal with Ankara on the delivery of Su-35 warplanes, after Washington announced that Turkey's decision to purchase Russian S-400 air defense systems "renders its continued involvement with the F-35 impossible".
News ID: 78094 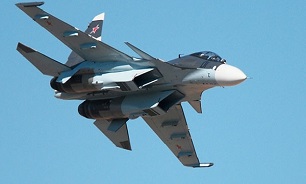 "If our Turkish colleagues express a desire, we are ready to work out deliveries of Su-35 fighter jets", Chemezov noted, Sputnik reported.

Previously, the CEO announced that Russia could sell Su-57 fighter jets to Turkey if Ankara ends its participation in the F-35 jet programme.

The Pentagon announced in June that it would not accept more Turkish pilots for F-35 training unless Ankara abandons the deal with Russia, but it has refused to meet the US requirements, confirming the $2.5-billion agreement for the delivery of S-400 systems.

The Su-35 is a single-seat, twin-engine, supermanoeuvrable warplane designed by the Sukhoi Design Bureau. It is widely used by the Russian Airforce, while China and Indonesia have also ordered the aircraft.