US Should Stop Economic Terrorism against Iranian People 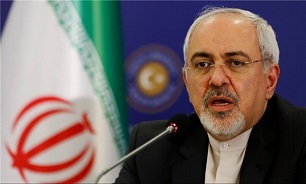 Speaking to reporters before the annual meeting of the United Nations Economic and Social Council (ECOSOC) in New York on Wednesday, Zarif said that the US has engaged in an economic war against the Iranian nation.

The economic war Trump takes pride in has targeted the civilians, he said.

The war has targeted ordinary people, as it is a terrorist move to push political plans and this should be halted, Zarif said, noting that translation of terrorism in legal terms is "to change a country's policies or make the public change their ways".

This is the very thing the Americans are doing, as US Secretary of State Mike Pompeo has said that this is a terrorist policy and "we will never talk to the terrorists".

In relevant remarks last Thursday, Zarif had also said that his country would not hold talks with Washington while it is practicing economic terrorism against Iran.