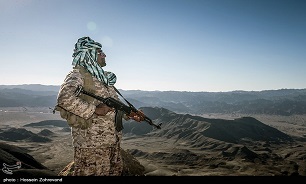 The IRGC Ground Force’s Quds Base said the two were martyred in the early hours of Sunday in a gunfight with the elements of a terrorist group in Keshtegan region, near the city of Saravan.

Two other IRGC forces were also wounded in the clash, it added.

The two martyrs have been identified as Mohsen Naqibi, an IRGC Ground Force commando from the city of Kermanshah, and Abdulkhaliq Drazehi, a local member of the Basij force.

Saravan is only 40 kilometers away from the common border with Pakistan.

Earlier this month, a team of terrorists launched an attack on the IRGC forces in the northwestern province of West Azarbaijan, killing three servicemen.

In July 2018, anti-revolutionary terrorists attacked a border post of the Hamzeh Seyed al-Shohada Base in the western province of Kurdistan, killing 11 forces of the base.