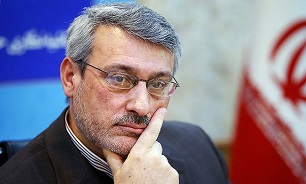 The Iranian ambassador to London, Hamid Baeidinejad, in a tweet on Tuesday congratulated Boris Johnson on his election as Britain’s prime minister, noting that Johnson is now the only British official in that position to have visited Iran in the past 40 years and “had a direct dialogue with its senior officials.”

Baeidinejad then voiced hope that Johnson would use the knowledge and experience he gained from his direct dialogue with Iranian authorities to “immediately defuse tension and promote better relations.”

Relations between Iran and the UK soured after an Iran-operated oil tanker, Grace 1, was illegally detained by British Royal Marines in Gibraltar on July 4, on accusations that the tanker was carrying oil to Syria in possible violation of the European Union’s sanctions on the Arab country. Iran condemned the move as “piracy” and called for the immediate release of the tanker.

Foreign Minister Zarif has also extended his congratulations on Johnson’s election, saying that "the May government’s seizure of Iranian oil at behest of US is piracy, pure and simple."

He stressed that "Iran does not seek confrontation. But we have 1500 miles of Persian Gulf coastline. These are our waters and we will protect them.”