TEHRAN (defapress) – Iran’s Intelligence forces have identified and dismantled the network of economic saboteurs in the southern province of Hormozgan.
News ID: 78229 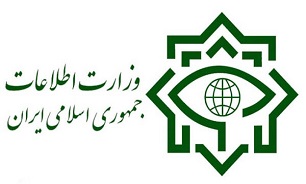 Intelligence Minister Seyed Mahmoud Alavi broke the news on Wednesday, saying that the forces have disbanded a ring of economic saboteurs responsible for disrupting the country’s foreign currency market.

The corruption ring had received foreign currency by bribery, using commercial cards of front companies and blindsided banks from following up on where the foreign currency credits had been put to use.

Iran has undertaken a series of massive moves to counter individuals, gangs, and groups that disrupt the national economy in pursuit of personal over-night gains.

Earlier in January, the Ministry announced that the security body had arrested 25 members of two criminal networks that had infiltrated into the banking and foreign currency system of the country.

The Ministry reported that it disbanded two criminal networks on charges of economic corruption, arresting 25 key members of these two rings.

In December 2018, the Ministry announced that 11 members of a gang charged with defrauding government's foreign currency reserves of around $1.2 billion on the pretext of importing basic commodities had been arrested in the Western Iranian province of Kurdistan.