Germany Says Will Not Join US-Led Mission in Hormuz 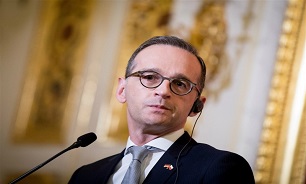 “Germany will not take part in the sea mission presented and planned by the United States,” Maas told reporters on a trip to Warsaw on Wednesday, Reuters reported.

On Tuesday, the US Embassy in Berlin said the administration of US President Donald Trump had asked the German government to join France and Britain in a mission to secure shipping through the strait and combat what it claimed to be "Iranian aggression."

Earlier on Wednesday, Germany’s Vice-Chancellor and Finance Minister Olaf Scholz also said he was very skeptical about the request to join the so-called military mission.

Washington has lately adopted a quasi-warlike posture against Tehran, and intensified its provocative military moves in the Middle East, among them the June 20 incursion of advanced US-made RQ-4 Global Hawk into Iranian airspace over territorial waters off the coastal province of Hormozgan.

The UK has also joined the US in fueling tensions with Iran by seizing an Iranian-owned supertanker in the Strait of Gibraltar on July 4 in an apparent act of “maritime piracy.”