TEHRAN (defapress) – Prime Minister Imran Khan travelled to Pakistani Kashmir on Wednesday where he was expected to issue a fresh challenge to India over its recent power-play which has sent tensions between the nuclear-armed neighbors soaring.
News ID: 78388 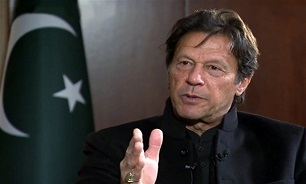 His visit to mark the country’s Independence Day comes more than a week after Indian Prime Minister Narendra Modi delivered a surprise executive decree to strip its portion of the Muslim-majority Himalayan region of its special status.

In the wake of the move, Pakistan has launched a diplomatic offensive aimed at reversing the order and formally asked the United Nations Security Council late Tuesday to hold an emergency session to address India’s “illegal actions”.

The Indian part of the picturesque Himalayan state has been under lockdown for over a week with tens of thousands of troop reinforcements deployed to the main city of Srinagar and other towns and villages, with a curfew enforced across the region and phone and internet lines cut to quell potential unrest.

Indian authorities vowed to reduce the restrictions on freedom of movement in their portion of Kashmir following the country’s own Independence Day celebrations on Thursday, AFP reported.

Earlier this week Khan lambasted the international community for failing to challenge India and said turning a blind eye to the spread of Indian Hindu nationalism was the same as appeasing Hitler.

As tensions simmered with India, Pakistan moved ahead with independence celebrations which began at the stroke of midnight with firework shows lighting up the skies in major cities, where residents jammed the streets waving the national flag from their cars and motorcycles.

In August 1947 the British Raj was dismantled with the subcontinent divided into two independent states — Hindu-majority India and Muslim-majority Pakistan.

Millions were uprooted in one of the largest mass migrations in history, with experts estimating at least one million died in the communal violence unleashed by partition that continues to haunt the subcontinent to this day.