Iran to Use Air Defense Systems on Vessels 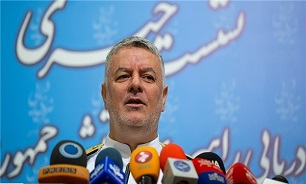 "There are good capacities developed in area of shot, mid and long-range missile and air defense systems, and we have enhanced to an acceptable level in on-site defense," Rear Admiral Khanzadi said in Tehran on Monday.

"God willing, we will use these defense systems on vessels in a bid to enhance the deterrence power," he added.

"Bavar 373 is the most important indigenized missile defense system whose design and manufacturing started a few years ago and can engage multiple targets in high altitudes," General Hatami said, addressing the ceremony.

He added that the Iranian defense industry experts have gone through the reverse engineering phase and designed and manufactured the parts relying on domestic capacities.

The system is much more powerful than the Russian S-300 and some of its features could be compared with S-400.