North Korea's Criticism of Seoul over Joint Drill Nothing New

TEHRAN (defapress) – North Korea's recent stepped-up criticism of South Korea over joint military exercises with the United States is not anything out of the ordinary, a unification ministry official said Tuesday.
News ID: 78517 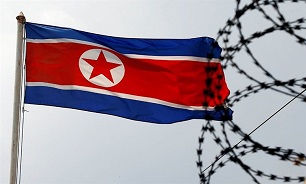 North Korea has been ramping up pressure on Seoul, taking issue with the South Korea-US joint military drill that wrapped up last week and the introduction of new weapons, such as F-35A stealth fighters, from Washington.

"We don't see it as an occurrence of a new situation between the South and the North. We think it can be fully resolved through dialogue," the official said, asking not to be named, Yonhap news agency reported.

Referring to a military tension reduction deal the two sides signed last year, the official said security issues can be discussed and agreed upon at their joint military committee.

"We can hold a meeting of the joint military committee and discuss in a way that could reduce concerns each side has regarding security issues," the official said.

On Saturday, North Korea fired two projectiles, presumed to be short-range ballistic missiles, off its east coast, marking the seventh such event since late July.

Guiding the launch, North Korean leader Kim Jong-un said there is a need to push for "an indomitable offensive campaign" to frustrate "the ever-mounting military threats and pressure offensive of the hostile forces," according to the North's Korean Central News Agency.