Intelligence Ties with Neighbors A Priority for Iran 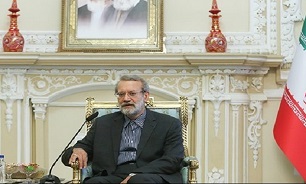 Addressing a conference in Tehran on Wednesday, Larijani praised the Intelligence Ministry for the professional handling of issues, stressing the need for constant efforts to foil the enemy’s plots.

He also called for the expansion of intelligence cooperation with friendly states.

“Friendship and creating connections with the neighbors is one of the priorities for the (Islamic Republic’s) establishment,” he added.

Larijani also warned against the enemy’s plot to employ the terrorist Mojahedin-e Khalq Organization (MKO or MEK) and the Daesh (ISIL) forces against Iran, urging the intelligence forces to keep a close watch on their activities.

In December 2017, in an address to a six-party conference on the threat of terrorism, held in Islamabad, Larijani called on his counterparts from Pakistan, Russia, China, Turkey and Afghanistan to attach more significance to interaction among their intelligence organizations and data sharing.

He had also proposed the idea of formation of a special committee to coordinate counterterrorism efforts and share intelligence data to ensure regional security.