Next cut to JCPOA commitments must have more deterrence effect

TEHRAN (defapress) – There needs to be a more deterrence effect in the third step of Iran’s measures to scale down commitments under the nuclear deal, chairman of national security commission told MNA on Monday.
News ID: 78580 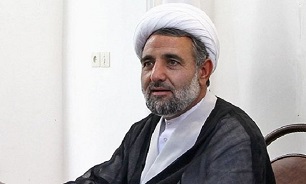 Speaking to Mehr correspondent on Monday, Mojtaba Zonnour, Chairman of Parliament’s National Security and Foreign Policy Commission, said the country has various options available regarding its measures to reduce commitments to the JCPOA.

“We could install a new generation of centrifuges, that is IR6 and IR8…or we could increase the stockpile of our enriched uranium…In the third step, we must restore the Arak heavy water reactor to its previous design,” he said.

Asked whether Iran has already defined its measures for the fourth or fifth step of scaling down JCPOA commitments, Zonnour said “I personally believe that the government should have taken all necessary measures in one step instead of giving a two-month deadline to the other side for each step. I can imagine a fifth and sixth step with Rouhani’s administration.”

On the anniversary of US’ unilateral withdrawal from the 2015 nuclear deal and lack of practical measures from the European signatories to the agreement, Tehran began rowing back on its nuclear commitments twice in compliance with articles 26 and 36 of the JCPOA.

Iran says its reciprocal measures will be reversible as soon as Europe finds practical ways to safeguard Iran’s economic interests in the face of unilateral US sanctions which were imposed when President Donald Trump withdrew from the nuclear deal.

As a first step Iran increased its enriched uranium stockpile to beyond the 300 kilograms set by the JCPOA. In the second step, Tehran began enriching uranium to purity rates beyond the JCPOA-limit of 3.76 percent.