US Not Considering Purchase of Advanced Missile Technology from Russia 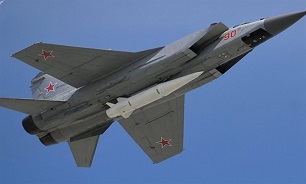 "There is little reason for the United States to consider the purchase of advanced missile technology from Russia," the official told Sputnik on Friday.

The official said the US has a major comparative advantage to Russia's missile technology development, testing and employment.

Russia and the United States have discussed at the recent G20 summit in Japan how Russia's advanced weapons, including hypersonic missiles, could be classified, given that no country in the world currently has weapons of this class, Putin said.